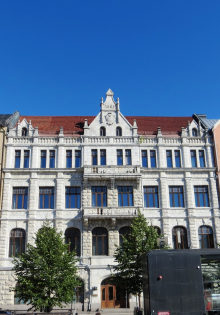 Under the Constitution of Finland, the Supreme Administrative Court is the court of last resort in administrative cases. In criminal and civil cases, the highest judicial powers are vested in the Supreme Court. Both courts were established in 1918.

The Constitution requires that any use of public powers be based on law. Anyone who is dissatisfied with an administrative decision pertaining to his or her rights or obligations may challenge the lawfulness of the decision before an administrative court. The right of appeal in such cases is mainly covered by the provisions of the Administrative Judicial Procedure Act.

Administrative courts apply the Administrative Judicial Procedure Act. The Act contains a provision placing the authorities, i.e. the administrative courts, under an obligation to ensure proper examination of the case. Thus, the parties to the proceedings are usually able to pursue their cases without professional legal help, which facilitates the lodging of appeal and access to legal remedies.

The Court receives approximately 4,000 cases annually from all sectors of administration. The main categories of cases are aliens affairs, taxes and social welfare and health care. Cases are mainly dealt with in writing. The decisions of the Court are final.

The mission of the Supreme Administrative Court is to grant judicial protection. Nowadays the Court also more extensively guides the application of the law by giving precedents. The Court may also give opinions and submit legislative initiatives.

The judges of the Supreme Administrative Court include the President and twenty Justices, as well as a few temporary Justices. The Court has almost fifty referendaries and more than forty other employees. They are headed by the Secretary General.